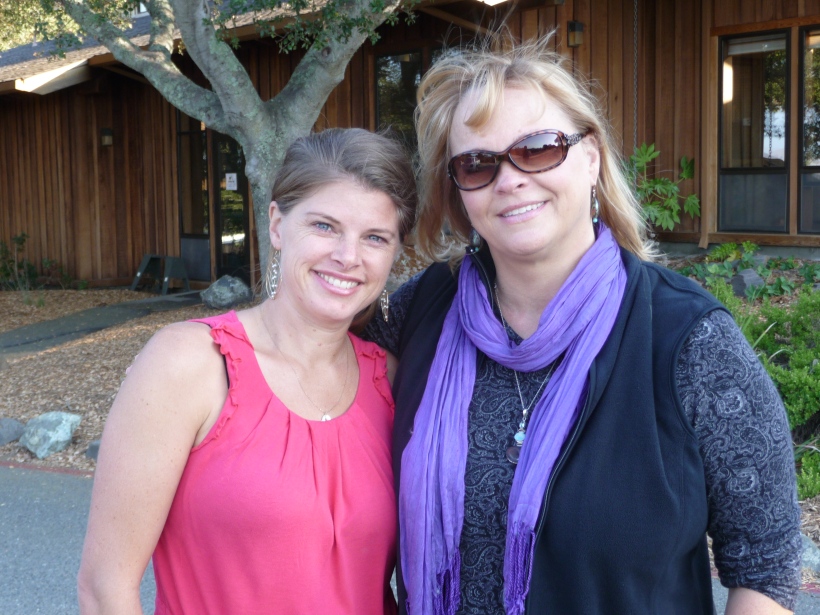 Dr. Rhea Zimmerman & Lisa Reagan At the Institute for Noetic Sciences filming an interview for “Love Bomb” the movie.

I am in an extraordinary phase of my creative and professional life.  Stemming from my experience in New York on 9/11, and the processing of emotions and perceptions of that event,…I have been on a journey of self expression primarily obsessed with answering the question of “what can I do?”.  This question led me first to the awesome and ever unfolding journey of becoming and then embodying being a chiropractor.  Now it has me on this next chapter, which is the production of a feature documentary film.

Why do so few know about this so far?  We are literally days away from finalizing the art of our logo “Love Bomb”, at which time, we will begin unveiling our teasers leading up to a fundraising campaign on Indiegogo.  This campaign will run right after the election until the 10th of January.  We will be looking for mass support, those people who feel the calling to support our mission while we raise the funds to complete the film.  In the next few weeks I will be “dripping” out information about our film, the process, who we are, what we hope to accomplish with the film, the website, the facebook page,….leading up to our Indiegogo fundraising launch.

Meanwhile- we are in action- and I want you to know about it!  We completed the bulk of our filming when Director of Photography Gregg Marks joined our chiropractic service team in The Sacred Valley, Peru back in April of 2012.  We have created an inspiring storyboard and set up a production schedule that will have us unveiling a feature film in the fall of 2013 with the goal of premiers at major festivals in early 2014.

A major part of our process now is interviewing various experts who will be able to enrich our story.  This is a very exciting phase!  So far we have interviewed two people, and, in each one I am having this feeling of heart expansion, joy, learning, and that experience of how much my own life is going to expand as I learn from these incredible people.  In every real journey one ends a different person than they began- and I am very clear that this is such a journey.

The first interview for our film took place, beautifully, at the Institute for Noetic Sciences.  Lisa Reagan contacted me earlier in the summer so that we could get together while she was out here on a residency program at the Institute.  Our plan was to get together to discuss my running of a group at my chiropractic studio that was part of a national program that she initiated called “Pathways Connect” run through the Pathways to Family Wellness magazine.

Sitting with Lisa for two hours on our initial meeting was like a head and heart spin of inspiration.  By the end of this meeting I knew she had to be in our film.  The film interview took place a few days later.  She let me know that the Institute was founded by an astronaut who, when looking back at the earth from space, asked the question “what would happen if we spent as much time exploring the inner space as we have the outer space?”.  The Institute was born for this purpose, so, when I asked Lisa one of the pivotal questions of our film, “what do you think human beings are capable of for the positive?” she pointed me right back to where we were sitting.  They have been finding powerful answers at the Institute for quite some time now.

Lisa herself is a highly energetic, glowing parent, journalist, editor and writer.  Having been an editor at Mothering Magazine, and now at Pathways to Family Wellness, she is in the unique position of taking esoteric questions like “what are human beings capable of” and grounding them in practical means through parent and child bonding, natural birth, application of pre-natal psychology, vitalistic health and wellness practices including chiropractic, and the action of what it means to be a cultural creative.

What is a cultural creative?

Amongst other “aha” moments for me during the interview, like, how the baby’s brain develops in utero to be best adapted for its soon to be outer environment (to handle high stress versus to be prepared for a relaxed and creative environment)- thus- the imperative for awareness during the pre-natal phase and getting chiropractic care to continue maintaining the most calm, love filled, inner developmental chemistry possible (okay that was huge!) was her reference and expertise on the subject of “cultural creatives.”

Rather than try to give the full definition here- I will be brief and attach a link to one of the websites she runs that has a link to a full documentary on cultural creatives.   The essence is- they are a population that is on the cutting edge of what creates change in society- and these people are paving the way to a more connected population and way of being that embodies vitalism.  You will hear more about this term at our studio Blossom, as, we are indeed planning to establish one of the national groups called “Pathways Connect” that Lisa supports.

I know that with these interviews that I am doing for this film I am cracking wide open themes that could encompass full documentaries of their own.  Luckily this one is already made!  Take a look, and, stay tuned in the coming weeks as the “Love Bomb” is unveiled.  We will love your part in it!  (Want to make sure you are in the loop?  Join our Love Bomb newsletter by clicking here.)

Dr. Rhea Zimmerman Komarek Dr. Rhea Zimmerman Komarek is a chiropractor, pro-activist, and producer. Her mission of igniting people to their vitality, gifts, purpose, and passion is the driving force behind her practice, Blossom Chiropractic Studio, humanitarian organization, Blossom Life Projects, mind/body retraining CD, “Breathe Love,” and feature documentary in production, “Love Bomb.” Many believe she is on her way to becoming a significant inspirational leader. Her methods of using chiropractic and innate education have helped countless people overcome challenges and fully step into their lives. Her passion for bringing chiropractic care to those seeking to live their greatest human potential has led her to be as comfortable working with newborn babies, teenagers and seniors as she was in serving as the team chiropractor for the Bontrager Livestrong Pro Cycling Team during the 2011 and 2012 seasons. Her dedication to a life of loving service and a vision of human beings living in harmony beyond differences in nationality, language, and other artificial barriers led her to participate in chiropractic service trips to El Salvador and Brazil and to create and lead similar projects in India and Peru. As her service at home she volunteers for The Pathway Home, a six month rehabilitation and healing program created for combat veterans of Iraq and Afghanistan recovering from PTSD. Dr. Rhea currently resides in Napa, CA, where she welcomes new clients to her practice. On occasion, she can be spotted barefoot running the trails throughout the valley with her big black Goldendoodle Bloom or savoring a glass of red wine at one of the many local restaurants. 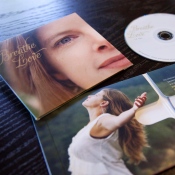